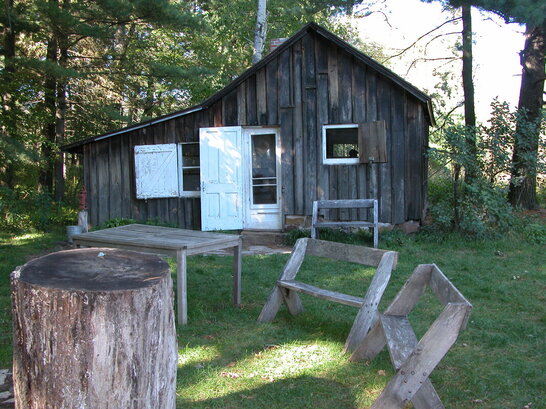 As the oldest naturalist organization in Alberta, the Red Deer River Naturalists (RDRN) have long supported the wisdom of visionaries such as Aldo Leopold, and have been at the forefront of efforts to support wildlife and habitat conservation. In 1986, some RDRN members learned about a land stewardship initiative of the Alberta Fish and Game Association (AFGA), whereby landowners who conserved land for game species were acknowledged with a gate plaque. Recognizing the benefit of encouraging and honouring the conservation of habitat on private lands for all native plants and animals, the RDRN requested and were granted permission by AFGA to use the same name. The program was launched that year, with the first gate sign delivered to deserving landowners (Geoff and Dorothy Hazlett) in 1987.

I assisted Murray Mackay to launch the program. Over the next 12 years, the program grew and expanded, with other RDRN members stepping up to volunteer. A special thanks goes out to Judy and Larry Boyd, Joanne Susut, Grand Moir, Janet Walter, Bertha Ford, Kimberly Good and Sylvia Stevens for dedicating time and energy to the program. By 1999, the program had given out almost 130 signs, representing 5,445 (HA) 13,450 acres of habitat.
In addition to the gate signs, an occasional Habitat Steward newsletter was distributed, and the stewards were given a complimentary one-year membership to RDRN.

As with many volunteer programs, those who championed the program were eventually—for a variety of understandable reasons—unable to put the necessary time and effort into maintaining it. The program eventually petered out, although many signs can still be seen adorning the gates of landowners who are still championing a “land ethic.”

Now, some 25 years later, this important initiative is being relaunched. With funding support from a recent bequest as well as the Red Deer and District Community Foundation, the Habitat Steward program is being reactivated.  With my experience of being involved with the program launch all those years ago, I am pleased to be involved once again – acting this time as the Interim Coordinator. It is my intent to hand it off to another RDRN team member next spring.

As with original initiative, the sole intent of the Habitat Steward Program is to give long overdue recognition to landowners who, on their own initiative and at their own expense, conserve at least 2 HA (5 acres) of wildlife habitat on their property. For practicing this “land ethic” on at least some of their property, participants will receive a new gate sign and their habitat details will be entered into a database. Participation does not entail removing lands from agricultural production, placing caveats or other restrictions, allowing access, excluding hunting, preventing grazing, or having any input into land management practices. The only request is that, should the land be altered to the point that it is no longer providing habitat, the sign be returned. The secondary benefit of the program is the strong educational awareness it facilitates – neighbours and passers-by notice the sign and notice that the landowner has been positively recognized for their efforts.

We hope that most former stewards will agree to continue with the program (and receive a new gate sign) and that other conscientious landowners across Central Alberta will join the program. 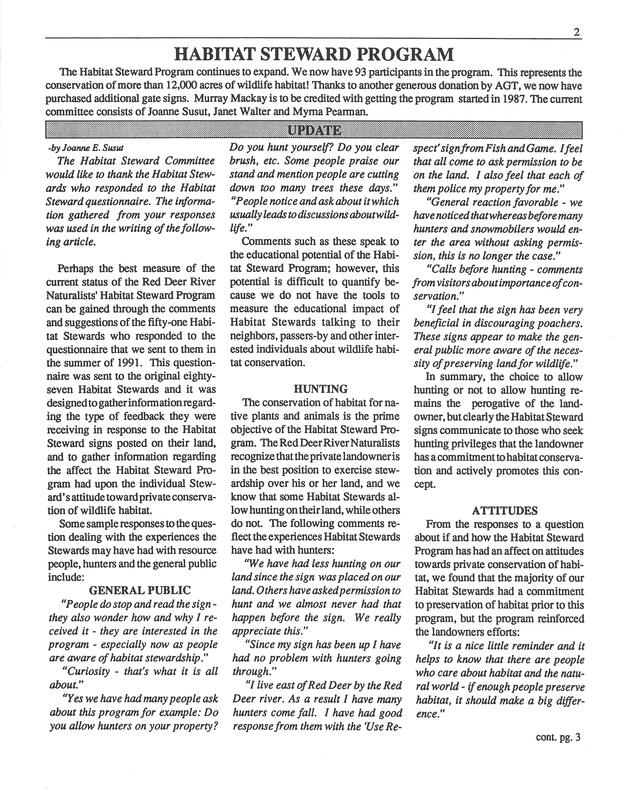 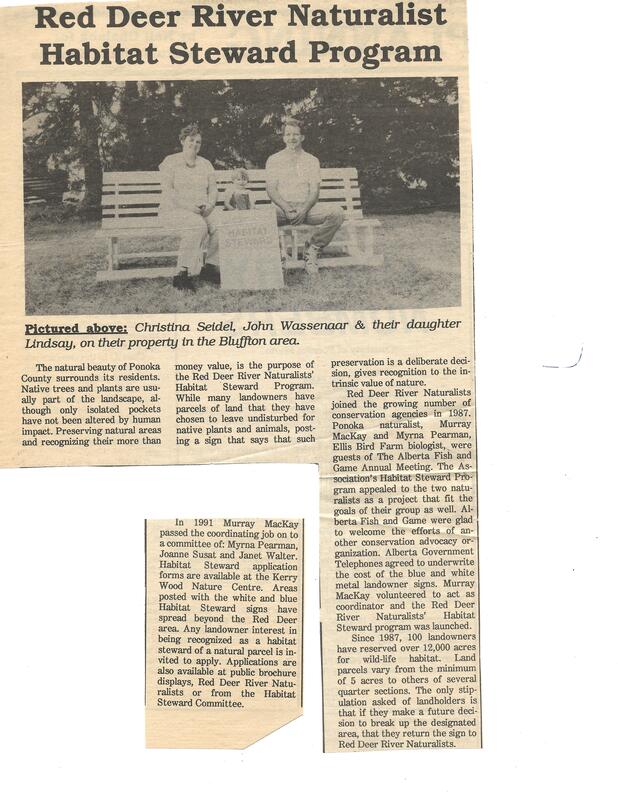